A Catholic School which champions each and every student

History of the School

From Tudor times, when penal laws were used to persecute any Catholics who practised their faith, Catholic schools did not exist in this country. However, some Catholic schools opened on the continent for wealthy English children to attend and very wealthy Catholics did manage to practise their faith despite the strict laws.  During the worst of the persecution in Oxford, Catholics would meet at a secret venue, the Mitre Pub on the High Street to celebrate Mass. In the sixteenth century Edmund Campion, a Jesuit priest, was caught on the outskirts of Oxford and taken to London where he was tortured and executed for practising his faith.

In the 18th Century Jesuit priests came to minister to a rich Catholic family in Waterperry, a village not far from the city of Oxford.  Towards the end of the 18th Century, these Jesuits then moved to live near The Plain in St Clement's. Here, they built a chapel that stood back from the road and was designed to look like other non-conformist chapels where denominations such as Baptists, Quakers and Congregationalists were permitted to worship. To this Catholic chapel John Henry Newman, whilst still a priest in the Church of England, came from time to time to attend Mass.

During the 19th century, specifically, after the passing of laws allowing Catholics to practise their faith, they began to open schools. The Jesuits used their chapel as a school during the week until they eventually opened the large church of St Aloysius in St Giles and used this as their main place of worship. They stopped using the Chapel for Sunday Masses but it continued to function as a school, namely, St Joseph's.  Over time, more buildings were added. By the beginning of the 20th century, there were two Catholic schools in Oxford, one in St Clement’s for girls and a new school behind the church of St Aloysius, for boys.

In the 1930s, the population of Oxford grew as the Morris Motor works in Cowley flourished.

During the London bombings of the Second World War, the Salesian Fathers and pupils from their school in Battersea were evacuated to Temple Cowley, Oxford. During this time they used, for their boarding school, what had been an old hospital.  After the war, they stayed here running a Grammar school for boys. Around the same time in North Oxford, the Notre Dame Sisters opened a Grammar school for Girls. Meanwhile the two other schools, St Josephs and St Aloysius continued to function as mixed schools.

With the growth of the population, there was an increasing demand for more Catholic schools and by 1967, a new secondary modern school was opened in Iffley to replace St Joseph's.  It was built on land given or sold to the Church by the famous writer Graham Greene and his wife, who lived next to Nightingale Farm in Iffley Turn. The new school was named Blessed Edmund Campion and the chapel site on The Plain was sold.  Primary schools were opened in four districts. In Cowley, the Salesian Sisters ran Our Lady’s School. In North Oxford, St Aloysius’ School’s pupil were transferred to a new site and the Notre Dame Sisters ran the school.  In Headington, a new primary school was opened on Headley Way and this took on the name, St Joseph's. Finally, in Blackbird Leys a new primary school, St John Fisher, was opened. Therefore, at this stage, Oxford had three secondary and four primary schools to serve the Catholics in the city.  Children also came from outside of the city for education at the three secondary schools; this was a neat pattern for a flourishing system.

It was not to be plain sailing, however, as in the 1970’s the City Council decided to make two changes: to merge the three secondary schools into one comprehensive school and soon after, to re-structure the secondary system from 2-tier to 3-tier, introducing  middle schools. In future, the children would go to first schools, then to middle schools and then to upper schools. The Archdiocese made the mistake of joining the move to 3-tier, though the Chief Education Officer said explicitly that the Catholics did not need to make that change. Teachers could see that this move would undermine the Catholic secondary system, as the children in Abingdon, Kidlington and surrounding villages would stop coming into the city. They would stay in their primaries until they were eleven and then move on to their local comprehensive instead.  In 1978, this loss of country children became apparent.  In this year, there was one non-Catholic student in the school and 618 Catholics.  All the City's six comprehensive schools were suffering from falling numbers, the Anglican school, Cowley St John, most of all. The numbers in Campion were still holding up, but with the fall in numbers of pupils from outside the city, future numbers were bound to fall further and the number of non-Catholics was rising.

Around 1981, the Archdiocese of Birmingham, after talks with the Anglicans, suggested to the Governors of St Edmund Campion RC and Cowley St John C of E upper schools that they merge. Talks went on for more than two years but eventually a new school, St Augustine of Canterbury opened in 1984 on the sites of both schools. By 1987 it was on one site, that of Campion in Iffley.  St Augustine's School thrived as an ecumenical school with good examination results and with a continuation of the same discipline and ethos of Campion, making it a happy school. The RE teachers were all Roman Catholics to reassure the Archbishop that the children were still receiving rigorous Catholic teaching. The numbers of Catholics coming to the school from the city schools stayed high making up 50% of the school population and parents expressed their satisfaction with the school.

Meanwhile, due to the middle School in North Oxford suffering from a reduction in numbers from the Kidlington and Abingdon areas, the County authorities put pressure on the Archdiocese to merge the two middle schools. Thus, St Gregory's Middle School in Summertown and St John Bosco School in Temple Cowley closed and merged into a new school, Cardinal Newman, sited in a new building on Cricket road on the old site of Cowley St John. The old Cowley St John Buildings were taken over by the County Council and used as education offices and for the City's sixth form minority subject teaching which all the city comprehensives shared. That building now holds the primary sector of St Gregory the Great School.

In the city, the comprehensive school headteachers were unhappy with the middle school system and began to lobby for a return to a 2-tier system. The County, in the new millennium, listened to their wishes and decided to make the change. The Archdiocese chose at this point to pull out of the ecumenical system, an implacable decision, despite protests. The Archdiocese persuaded Catholics in all the parishes to write to the County demanding a new Catholic school. People wrote, as asked from the pulpits, and said that the new school would answer their need for a Catholic school for South Oxfordshire. The protesters who said that the country children would not come were ignored. Finally, St Augustine's was closed and its site in Iffley was sold to developers.  This money was then used to build the new St Gregory the Great Catholic School.

Today our school stands proud as a centre of education for all in the local community. We have high expectations of good conduct and self-discipline set within a happy and caring environment. The culture and ethos of our school is one where we all have high aspirations to achieve. As a team of dedicated and specialist staff we work together to enable each student to realise his or her potential. We aim to help everyone in our community to grow in faith and to make the most of their innate ability. We look forward to building on the past and creating a bright future for all in our community. 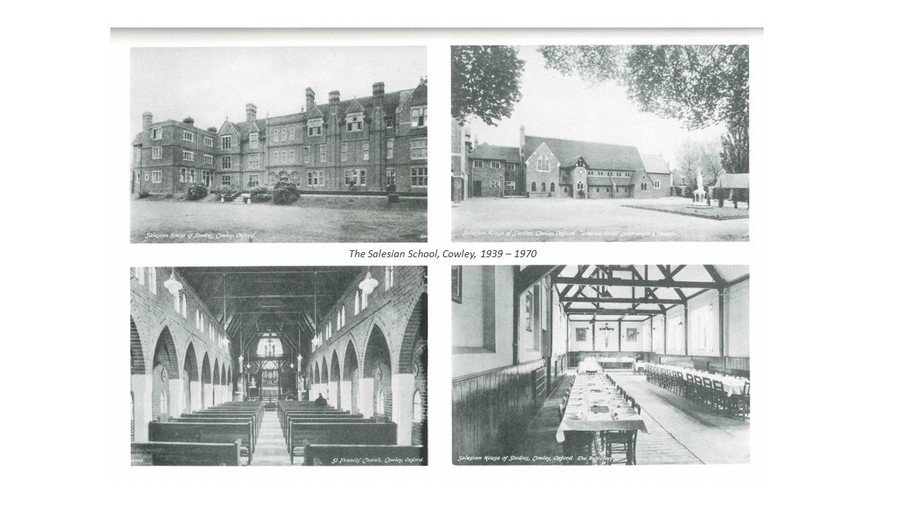 'We are part of the Pope Francis Catholic Multi Academy Company'

We use necessary cookies to make our site work. We'd also like to set optional analytics cookies to help us improve it. We won't set optional cookies unless you enable them. Using this tool will set a cookie on your device to remember your preferences.

Necessary cookies enable core functionality such as security, network management, and accessibility. You may disable these by changing your browser settings, but this may affect how the website functions.